Let us share some of our cases of Interpol interaction

Each case is individual and unique, but we always work together with our clients and local lawyers to achieve the desired result. 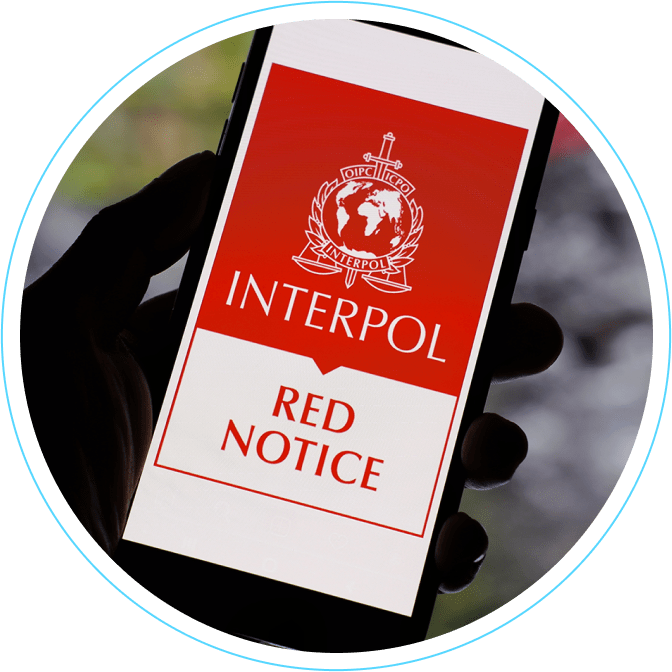 The Applicant is a national of Ukraine and Russia. From 2007 to 2014, he was a member of the Russian nationalist organization Restruct, and took part in publicized rallies and actions condemning the actions of the Russian authorities in Crimea.

On 06 November 2020, he was detained in Jakarta, Indonesia based on the Diffusion and released later the same month.

The Applicant requested the deletion of the data concerning him, contending, in essence, that:

In consideration of the general context of the case, the Commission recalls that to support his argument of political purpose, the Applicant asserted that when he was detained in Indonesia on the basis of the Diffusion to arrest in view of extradition circulated by Russia, he was supported by the Ukrainian Embassy in Indonesia as well as the Ukrainian Foreign Minister who, on 28 November 2020, Tweeted that: “We returned Ukrainian citizen Mykhailo Orieshnikov from Indonesia, where Russia tried to seize him, using Interpol for their political persecution. We didn’t let them do it. The plane with Orieshnikov is already flying to Kyiv.

Ukrainian passport = protection of the Ukrainian state”. Although it did not receive confirmation from the NCB of Ukraine, the Commission verified through the Twitter platform that the Ukrainian Foreign Minister Dmytro Kuleba indeed sent the abovementioned Tweet from his verified Twitter account concerning the Applicant.

The Commission held that maintaining the data challenge would have significant adverse implications for the neutrality of the Organization.

Therefore, the Commission concluded that the data challenged in this regard did not comply with Article 3 of INTERPOL’s Constitution.

Case of Austrian businessman wanted for fraud in Russia

The Applicant is a dual national of Ukraine and Austria, and he is an owner of a company.

In 2011 the Russian State Company transferred more than 17 million US dollars to companies of our client for delivering equipment. However, the equipment was not delivered in full for reasons that did not depend on the will of our client but related to other contractors

However, our client was accused of fraudulent misappropriation of funds from the Russian budget and put on the international wanted list in 2020

On 08 April 2022, the Applicant was arrested in Vasarosnameny, Hungary, based on the Diffusion. He was subject to restrictive measures, pending extradition proceedings. On 11 April 2022, the Hungarian Metropolitan Law Court issued a decision denying his extradition on the basis that the conditions for extradition were not applicable because the statutory limitation for the crime under Hungarian law had been reached

The Applicant requested the deletion of the data concerning him, contending, in essence, that:

First of all, the Commission establishes that Russia did not adequately explain the absence of efforts by its authorities to pursue the purpose of the diffusion vis-à-vis their Austrian counterparts, given how his location in Austria is officially declared by the Russian authorities. Therefore, the Commission expressed some doubts about the active interest of the Russian authorities to achieve the purpose of the data in the meaning of Articles 10 and 97(1) of the RPD.

The Commission analyzed the availability of elements to describe the individual criminal involvement of the Applicant.

The Commission in its analysis of the tangible elements available to describe the link between the Applicant and the underlying facts, Applicant’s signing of the contract appears to be the sole conduct imputed to him in an individual capacity without grouping his involvement to that of his accomplices, which does not, in itself, amount to a sufficient link to a criminal conspiracy.

Decides that the data concerning the Applicant are not compliant with INTERPOL’s rules applicable to the processing of personal data, and that they shall be deleted from INTERPOL’s files.

The Client is a national of the United Kingdom and Cyprus, who was charged with bank fraud.

In January 2020 relevant British authorities asked Interpol to issue a Blue Notice regarding the Client alleging that he is a witness in the case and that his whereabouts and depositions are important to the police. Though, at the time prosecutor in the same case already suspected the Client.

In April 2020 Interpol issued a Blue Notice concerning the Client, who was at the time in Cyprus.

In August 2020 Interpol Law Firm submitted a preventive request to Interpol, asking not to issue a Red Notice, if UK authorities would ask to, pending consideration of relevant further requests from the defense party and taking the final decision by the CCF of the Interpol.

In September 2020 UK authorities applied for the Red Notice to be published regarding the Client.

Our lawyers requested the deletion of the data concerning the Client contending, among others, that:

The CCF has indicated in its decision that, as stipulated by Article 79 of the Rules all notice requests shall be examined by the General Secretariat for compliance with the present Rules.

The actions of the national investigative authorities prove and demonstrate their awareness that the Applicant was in fact already a suspect in the case, but at the same time, they asked a Blue Notice to be issued regarding him, which misled the General Secretariat.

According to Article 77§2 (a) of the Rules, the General Secretariat may not publish the notice on behalf of the Organization, if the data provided do not meet the conditions for publishing a notice.

In April 2021 the Commission held that the notice no longer meets the conditions for publishing a notice and according to Article 81§3 (c) of the Rules the notice shall be canceled.

Mr. S. is a famous Ukrainian businessman, who was charged on rather imaginative and illegal grounds with embezzlement of public funds in 2017. At the moment when the charges were made Mr. S. was in a business trip abroad. After receiving information about illegal prosecution against him Mr. S. decided not to come back to Ukraine as he doubted he could face a fair trial at the moment.

In order to obtain an arrest warrant in court, the prosecutor, understanding that the evidence is quite poor, submitted to court so-called testimonies against Mr. S., provided by his former business partners, which were made under pressure and threat of an illegal imprisonment.

In August 2018 a Red Notice regarding the Client was published by the Interpol.

Our lawyers requested the deletion of the data concerning the Client contending, among others, that:

The CCF has reminded that according to Article 2 of the Constitution of the Interpol, the activity of Interpol is fulfilled in the spirit of the “Universal Declaration of Human Rights”. Meantime, illegal methods to gather evidence in the case which were used by the prosecutor are confirmed by the statements of Alexandr Masalobov in his affidavit. Among other things Mr. Masalobov mentioned that he was threatened to be put in custody if he does not give the necessary testimonies. This indicates that the criminal prosecution at the national level did not meet the standards and principles of human rights.

In October 2019 the Commission held that the notice no longer meets the conditions for publishing a notice and according to Article 81§3 (c) of the Rules the notice shall be canceled.

The client was a subject of a diffusion circulated by Ukraine in 2010 for “misappropriation or embezzlement of somebody else’s property by a person to whom it was entrusted committed in respect of a gross amount” on the basis of an arrest warrant unnamed at the time.

The applicant pointed out that the case was not of interest for the purposes of international police cooperation due to the small amount of damages.

The Commission found that a misuse of INTERPOL channels occurred in the issuance of diffusion, as it recalled that ability to issue a domestic detention order should not depend on actions of INTERPOL.

As an aggravating factor, the Commission noted the nature and relatively small sums associated with the crime at stake. So, that is could raise issues as to the interest of the crime for the purposes of international police cooperation, as intended by article 35(1) of the RPD

That the data concerning the Applicant are non compliant with INTERPOL’s rules applicable to the processing of personal data , and that they shall be deleted from INTERPOL’s files

On 2021, while crossing the German-Danish border, Client was stopped by Danish border police and, after checking his documents, detained, saying that he was wanted by Interpol (a request from the Republic of Turkey) based on convicted 6 years for robbery.

On 2021, the Danish Prosecutor General made a recommendation not to extradite Client to the Turkish authoritie, since it cannot be ruled out with reasonable certainty that Client, if extradited to the Turkish authoritie, risks being subjected to torture or other inhuman or other inhuman or cruel treatment, degrading treatment in violation of Article 3 of the ECHR, see section 6 (1) of the Extradition Act 2.

Based on the recommendations of the Attorney General, on April 8, 2021, Nicobing court decided to refuse to extradite Ruslan Lebid at the request of the Turkish side.

Applicant was arguing about violation of Art.2 of INTERPOL’s Constitution / Articles 3 and 6 of the ECHR / Articles 5 and 10 of the UDHR in his case.

After submitting a complaint to the Commission, the country of source of the data independently deleted the data on the client.