Can you fly if you have a warrant? The answer depends largely on your circumstances. Generally, it is possible to board a plane in the United States with an active warrant, however, whether or not that flight will actually take off is a different story. Airlines can deny boarding under certain conditions, such as if there is probable cause that the person may be attempting to escape prosecution or impede an investigation.

Tell us your story! 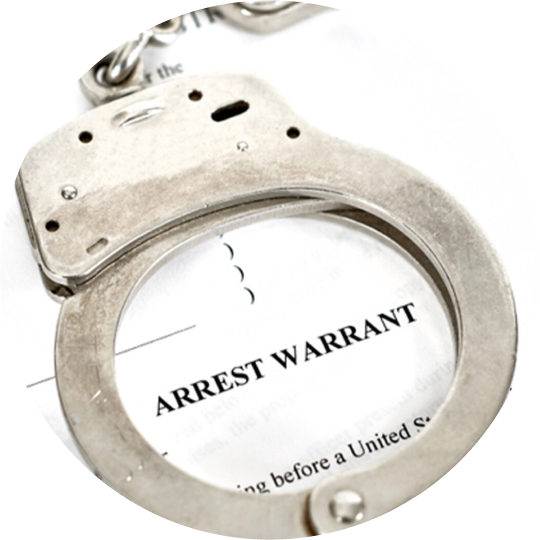 Despite this potential grey area, it is important to understand that warrants are generally public records and so many airlines reserve the right to check for them before allowing someone to board their plane. Ultimately, if you have an active warrant and are preparing to board a flight, it’s recommended that you check with the airline in advance and be prepared for any potential issues related to your warrant.

Where can I fly with a warrant?

With the proper documents, flying with a warrant is much like flying without one. For example, you will still need your passport when traveling internationally, and any visas needed for countries you plan to visit. However, if you have an active warrant, it is important to be aware of possible differences in order to avoid major delays or worse. In general, domestic flights within the United States should not cause any legal issues if your warrant is only within that state; however, if a warrant exists in multiple jurisdictions it is advisable to check with both the airline and local law enforcement as to whether they would allow entry into their destination country before booking the flight. Additionally, regardless of active warrants, you must be sure to provide a valid form of identification such as a driver’s license or passport and notify security personnel when necessary in order to complete proper screenings. Doing so will help ensure safe air travel while minimizing unexpected interruptions or issues along the way.

Who cannot fly with a warrant?

There are a few groups of people who are not allowed to fly even if they have a warrant. These include people who are wanted for serious criminal offenses, fugitives, and those considered to be flight risks. If you are on the no-fly list, you will not be able to board a plane even if you have a valid warrant.

Can you travel on domestic flights with a warrant?

There is no one way to go past the security checkpoints; however, on domestic flights, passengers’ names do not display as they board. Airlines don’t always check passenger names against specific databases to see if there are warrants, not even when checking in online or at the airport.

Can you travel internationally with a warrant?

Can you travel internationally with a warrant? The answer is usually no, as international travel is considered an increased risk factor for those in violation of a warrant. In the most extreme cases, leaving the country could be seen as an admission of guilt. If one travels while under investigation or with a warrant outstanding, they may be detained when they reach the border by law enforcement officials and charged with fleeing justice. For this reason, it is best to refrain from international travel if one has a warrant in their name. It is always advisable to speak with legal counsel before making any decisions that might have legal ramifications.

The challenge of international travel is crossing into another country. The airport in your home country might not be a problem for you, but the countries you want to visit might grant you a visa even though you have a criminal record.

In contrast to domestic flights, overseas flights require database checks as part of the security process. What does that imply for someone who is wanted? However, if their name does not appear in the airline security database, they will still need to pass a number of additional security procedures.

Passports that were legitimately granted prior to an arrest, search warrant, and court appearance may be seized. As an alternative, officials could provide the holder’s passport while directing them to stay inside the nation.

Can You Get a Passport With a Warrant?

Can you get a passport with a warrant? Depending on the criminal charge, it is possible to still obtain a passport for international travel. In order for this to be possible, there must be an agreement in place from both the court and the government allowing you to do so. An individual’s ability to travel with a criminal background or active warrant will depend on the jurisdiction in which these documents have been filed. Should the warrant not interfere with their ability to leave and re-enter the country, an individual may have access to a valid passport under certain circumstances. It is important that anyone considering international travel are aware of the laws in the destination country regarding their situation before departure.

Fly with a Warrant FAQ

Will I get stopped at the airport if I have a warrant for my arrest?
At the airport, travelers who are wanted for arrest may be detained or taken into custody. Flying internationally carries a higher risk since airport security personnel will conduct a more thorough identity check of passengers.
Does TSA check for warrants?
Although Transport Security Administration (TSA) personnel don't routinely look for warrants, there is still a chance of being detained, especially when going abroad.
Can you fly internationally with a misdemeanor warrant?
Traveling while in possession of an active warrant is dangerous, especially when going abroad. To make sure you can leave the nation legally, it is best to take care of the warrant before you fly.
Can you leave the country with a warrant?
The ability to leave the country with a warrant depends on two factors: International flights necessitate extra database checks, increasing the likelihood of the person being exposed and detained. Discover more about leaving the nation while under arrest here.
Can you fly with a bench warrant?
With a bench warrant, the authorities will probably be more watchful, but being arrested is still more possible when traveling abroad. To ensure legal travel, it is best to handle the warrant first. Obtaining a hold (or a stay) on the warrant may also be helpful if you suddenly need to travel overseas.
Do airports check for warrants on international flights?
Although airport security on international flights will not specifically look for warrants, they will look up everyone's name on several databases, increasing their chances of discovering warrants and thus arresting their subjects.
Can you be arrested at the airport for a warrant?
Yes, even if the TSA is not actively looking for warrants, the authorities may discover one and arrest the subject at the airport.