What Crimes Go To INTERPOL?

INTERPOL helps member countries to deal with all types of transnational crime. These include crimes against humanity, drug trafficking, political corruption, child pornography, and many others. The INTERPOL places these crimes into three main categories, namely terrorism, cybercrime, and organized crime.

Thus, it supports member countries during investigations into such crimes by offering the required training and expertise. The INTERPOL database information on fugitives, including their names, fingerprints, and passports.

Here are the categories of crime that INTERPOL fights:

Terrorism is broad and involves organizing terror attacks on communities using nuclear weapons or any other explosive materials. Terrorists can also use chemical and biological weapons.

The attacks can happen in conflict zones or even peaceful communities that may not be suspecting any terrorist activities. Terrorists usually recruit people and radicalize them before sending them on their missions.

The INTERPOL provides structures for counter-terrorism, identifying any criminals involved in these activities. INTERPOL helps police share information that can lead to arrests and the understanding of the motives behind these attacks.

Counterterrorism also seeks to unravel the methods they use and the people who finance these groups.

The organized crime involves a network of individuals with structures in place to conduct various types of transnational crime including drug and human trafficking, illegal manufacture and distribution of weapons, counterfeiting, and money laundering.

These groups may pose as legitimate businesses, making it difficult for national authorities to detect their illegal activities. Organized crime is often perpetuated by people connected with a strong bond that promotes their loyalty. These could be ethnic or geographical ties.

INTERPOL helps to detect such networks and their activities. They provide intelligence information to local authorities to help dismantle the groups and capture the involved criminals.

Cybercrime stems from the advancement in technology, with many criminals trying to capitalize on weaknesses in various digital platforms. Cybercriminals are well equipped with knowledge about computer systems and security. Their tactics keep changing, which causes a challenge to identify and arrest them.

They can attack through malware, phishing scams, ransomware, website spoofing, and many other ways. Cryptojacking is one of the most recent approaches where hackers infiltrate a system and mine cryptocurrency using other people’s resources.

Cybercrime has no boundaries and can be conducted locally and internationally. Criminals attack all industries and cause losses to businesses, individuals, and governments.

INTERPOL has a rich database containing information on various types of crime and criminals. It uses the information to provide training and investigative support to help arrest and prosecute criminals worldwide.

If you think someone may be unjustifiably included on the Most Wanted list, contact INTERPOL red notice removal law firms. 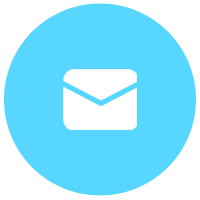